An intimate portrait of a peasant-turned-oil painter who is transitioning from making copies of van Gogh's paintings to creating his own authentic works of art, emblematic of China’s Dream for the 21st Century: to go from ‘Made in China’ to ‘Created in China’.

Masterterpieces for sale in the West. Over the past twenty years Zhao Xiaoyong and his family have produced over 90,000 copies of Vincent van Gogh's paintings.  Despite having no formal training in painting before he left his small village in Hunan province, Zhao soon learned how to copy van Gogh’s work to make a living in Dafen. After marrying a migrant girl, the couple started a small studio and raised a family together. Zhao and his family and friends live, work, marry and raise children under the constant gaze of van Goghs. Constrained by repetitive labour, but inspired by van Gogh’s passionate brushwork, Zhao searches for a new means of self-expression.

China’s van Goghs vividly depicts Zhao’s life as a peasant-painter in Dafen, and the transition he is undergoing to become an original artist. Having never seen van Gogh’s original paintings, Zhao’s biggest dream is to travel to Amsterdam to see the works of his legendary associate. After struggling and saving, he fulfils his dream. In Europe, his encounter with van Gogh’s paintings brings an epiphany. (Zhao is moved by van Gogh’s works, but also confounded when confronted by the affluent lives of the dealers that profit from his labour.) Although dejected at the revelation, Zhao is inspired by van Gogh’s paintings and the hardships he suffered, and resolves to dedicate himself to his own original art, searching for his own authentic voice in order to be true to the spirit of his hero and mentor – Vincent can Gogh. 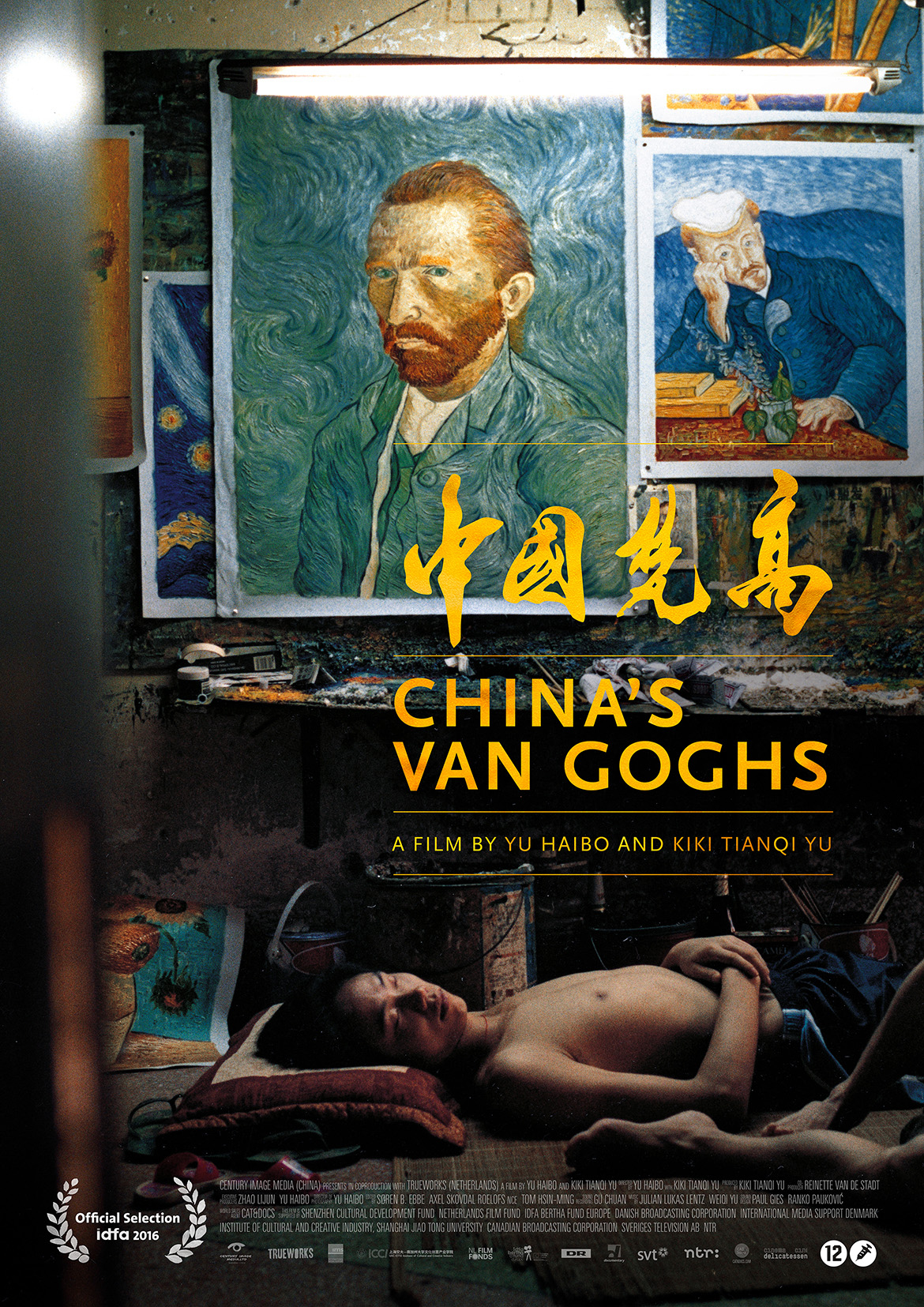